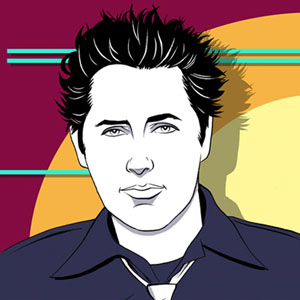 As Chet's Brother Michael rose to Stardom in the legendary band LOVERBOY, Chet wallowed in obscurity as Michael's assistant and long time guitar tuner. One night in Roanoke, Virginia, while Loverboy was warming up to "Workin for the Weekend," Michael's new WHAM t-shirt caught on fire and burned all his chest hair, leaving him with just his headband and massive burns. The band had no other choice but to turn to Chet to lead the band on their massive East Coast tour. Only they didn't tell anyone, that it was Chet!!! The band and crowds adored Chet!! When Michael came back from the dead 8 months later there was a problem, the band didn't want him. A fight ensued and Chet broke his hand in the fight!! The band had no choice but to go on w/ Michael!! Chet got off the bus in a little town called Radford and the rest is history. Chet went to college, got his degree in Martial Arts and founded the band known today as the Legwarmers.. He started out playing Frat parties and worked his way up to Stadium tours, before a terrible bout w/ stage fright, left him in a Brian Wilson like confusion! He has once again risen from the ashes w/ the help of his band mates, and his love for 80's hard rock pop!!